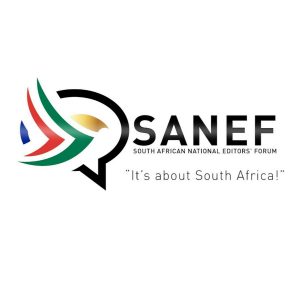 ANFASA has an important response. Please read it below:

The Academic and Non-Fiction Authors’ Association of SA (ANFASA) welcomes the opportunity to comment on your post.

We represent authors, many of whom write the books and articles that will be legally free to copy when the amendments to the Copyright Act come into effect.

Unfortunately, there is a fundamental misunderstanding in your post. “Fair use” does not mean “use that is fair”. Fair use is a doctrine emanating from US law according to which a written work may be copied (digitally or in print) and altered in a number of ways by a user – all without the author’s permission. If the extent of this use – for instance by a university, a large organisation , or even a multinational tech company – goes too far, it can only be judged fair or unfair by a court of law. But which author can afford to take Google to court?

Like Sanef, ANFASA supports media freedom, freedom of expression and creativity. The provisions of the Copyright Amendment Bill don’t add to freedom or creativity. They deny authors the freedom to make a living from their work, and they stunt creativity when authors can no longer afford to write for a living and turn to something else.

Lest you think that ANFASA supports censorship and the “locking up” of information by copyright, we hurry to add that all the “freedoms” thought to be introduced by the Bill already exist in our law. As media, you know that you can already use copyrighted material for a limited or “transformative” purpose such as to quote it or use pictures and video material in news reports, comment on, parody or criticise copyrighted work” under current law. The delight with which the Bill has been accepted seems to be based on the mistaken belief that you can’t already do these things.

Like Sanef, ANFASA strongly supports affordable education, but authors question that they should be made the sacrificial lambs. Why, authors ask, should their work be subject to free use, when the other elements of education are not? Why do those who call for free education still accept their salaries at the end of the month? In reality, free education is a chimera. It will be a fantasy as long as all who make their living in it (including academics, teachers, librarians and education officials of all kinds) work together to revolutionise the way it is funded.

Again, and because we can’t make this point too strongly, it is not “fair use” that gives you the right to copy something or to use something in a transformative way. Exceptions to copyright already exist in our law but those exceptions conform to the “three=step test” of the Berne Convention, according to which the user should not prejudice the “normal exploitation of the work” or the economic interests of the author.

Finally, we crave your indulgence to challenge your statement that the updated legislation is in line with international best practice. It is not. There is a small group of US academics who are promoting US-style fair use all over the world. They have been busy in South Africa and have succeeded here, as well as in some other countries. But many more countries have resisted than have succumbed. African countries, in particular, have chosen to stick with the “fair dealing” doctrine which offers the same freedoms as “fair use” but with conditions that protect the owners of copyright such as authors.

Along the same lines, the provisions of the Bill are indeed non-compliant the international treaties to which South Africa is a signatory. These international treaties are not intended to restrict freedom of expression, or any other freedom. Devised by the World Intellectual Property Organisation, an agency of the United Nations, the Berne Convention is intended to provide a balance between the moral and economic rights of the creator and the needs and interests of society to benefit from their creativity. Our new Bill upsets this balance.

ANFASA is an organisation dedicated to supporting and empowering authors. We have some 500 members. It seems to us that in the intense debate over the Copyright Amendment Bill our voice in defense of our creativity was drowned out. It is a great pity that in praising organisations that welcomed “fair use” Sanef did not consult us as well. We ought to be your allies in freedom of expression, and in fact, we thought we were.

It has been an exhausting fight, and authors seem to have lost out to those who are demanding free access to everything they produce. This is a setback to the development of a reading and writing culture. But we are undaunted. A luta continua!

ANFASA WELCOMES YOUR COMMENTS ABOUT THE FAIR USE COPYRIGHT LAW. Please send an email to info@anfasa.org.za