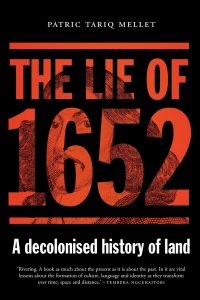 PATRIC Mellet has multi-ethnic roots and a family history disrupted by apartheid’s Population Registration Act. This book involves a search for his own past, an eclectic approach to South Africa’s history that promotes restorative justice. It is campaigning history and the author intends to disrupt the colonial paradigm he believes continues to dominate narratives of our past and present.

Mellet’s most persuasive argument, one he supports using historical, archaeological, genetic and linguistic evidence, is that the San are the foundational people of South Africa. DNA diversity in southern Africa, he maintains, is greater than anywhere else in the world. By way of emphasis, he argues that every indigenous person in South Africa has San ancestry making a mockery of racial framing and distinctions that Mellet correctly ascribes to imperialism.

The author goes into great detail about the mingling of San, Khoe and Kalanga groups north of the Limpopo early in the second millennium, settlements such as Mapungubwe, and the migratory drift that developed in all directions with incremental transfers of culture and technology. There was no sudden southward invasion with a disputable date.

South Africa contained well-organised economies and societies long before the arrival of Europeans; who found no empty land, nor savages. The Khoe in the early seventeenth century had large herds of cattle and sheep based on rotational grazing and conservation of water resources, a distinctive culture, and a flat form of social organisation that encouraged cohesion. The first Cape wine farms belonged to black farmers. Mellet describes Cape Town before the arrival of Van Riebeeck in 1652 where, after the defeat of the Portuguese at the battle of Salt River in 1510, the Khoe had administered a successful port on the Camissa River that served passing ships, notably those of the East India Company.

A central figure was Autshumao of the ‖Ammaqua (Watermen) whom Van Riebeeck falsely depicted as an uncivilised Strandloper. Autshumao was a successful entrepreneur and middleman (in relation in particular to the inland Cochoqua and their livestock), a political strategist, and something of a pimpernel character. Although Van Riebeeck entertained Autshumao at Cape Town castle he demonised him and used unscrupulous methods to expropriate his land and business in a fashion indicative of dispossession to come. Autshumao was sold out by the Peninsula Khoe in a process of connivance with and betrayal to Van Riebeeck and sent to Robben Island. He drowned in an escape attempt.

The wars of conquest that spread out from Cape Town were pursued with extreme violence and fraudulent tactics. Khoe participated in a series of nineteen defensive wars that lasted intermittently for 227 years. But some Khoe and Griqua fought on the side of European settlers in the struggle for the Zuurveld and in what Mellet argues was the genocide of the Eastern Cape |Xam. He reasons that this was due to indoctrination or coercion. In these eighteenth century events he finds the origins of fracture within the coloured community: resistance and collaboration, liberation and racism. The potential for this was enhanced by the extraordinary mixture of people who ended up voluntarily and involuntarily at the Cape from all corners of the globe.

Mellet seems to believe he is covering radically new ground with this history. This is true up to a point, but should not be confused with idiosyncrasy. Take, for instance, Krotoa (known to the Dutch as Eva) the niece of Autshumao and interpreter at the castle. Mellet is her direct descendent and he is highly critical of accounts of her life. No doubt this is justified, but Mellet can do no more than indulge his own speculation. Three times on one page he suggests she was raped, but this has as much affinity with fiction as history.

There is a refreshing short passage that challenges Shaka’s uniqueness by pointing out that the Rozvi had much earlier used military tactics such as the horn formation and the short stabbing spear. But Mellet has a one-dimensional approach to the Mfecane that attributes it to colonial pressure alone.

The fact that the racial categorisation of apartheid was the outcome of a long process of constructed identity is well understood. Mellet points out, for example, that the Cape Malay category contains few people who arrived from Malaya or who were originally Muslims. The underlying colonial motive, he argues, was deAfricanisation: division, conquest and rule were finalised through reconstruction by academic ethnographers and anthropologists. Much of this was based on linguistics. The coloured population was distinguished by loss of original languages and adoption of English or Afrikaans; so-called natives spoke African languages around which tribes were constructed even where overarching identity was weak (and sometimes remains so to this day). P.W. Botha’s reform tactics were designed to reinforce this system as late as the 1980s with attempts to encourage brown consciousness.

Mellet is anthropologically and morally correct to assert that there is only one human race and uses a memorable phrase: ‘the commonwealth of the hidden past’. He proves convincingly that the non-settler population of South Africa has a single identity – African – but international law and global agencies have no agreed definition for indigenous people. (Some agencies list the San, Nama, Koranna, Griqua and Cape Khoe as marginalised groups). Mellet dismisses the inevitable query why if the vast majority of the population are so closely related they cannot simply live together as South Africans. His figure of 92% African is probably larger as many so-called whites have unacknowledged mixed ancestry.

There is of course the uncomfortable truth that although the coloured community, called Camissa Africans by Mellet,  is socially and politically constructed, it remains a significant identity for many people; and it is used by a post-liberation ANC government as a racial description for various social engineering purposes to reinforce its ethno-nationalism. Someone should tell Mzwanele (‘too many coloureds in the Cape’) Manyi that the people he wants to discriminate against are as African he is.

The premise of Mellet’s title is that South African history is one seamless process of conquest, colonialism and neo-colonialism orchestrated by Western imperialists. Reality is more complex as the existence of collaborators suggests. They cannot simply be written off as dupes or victims of coercion. Human agency in all groups includes opportunism and self-interest. South Africa’s current problems, Mellet seems to suggest, are directly and simply connected to its history. Thus gender-based violence is a consequence of rape and pillage in the past; mass poverty a result of capitalism.

His view of restorative action seems firmly fixed around events of three to four hundred years ago. The dream of a nation of small farmers and businesses devoid of a rapacious rent-seeking political class is admirable. The undoing of deAfricanisation would stymie the ANC’s racial agenda and his call for advancement based on self-help ahead of grand development schemes would reduce the potential for corruption. But it could be argued that this is more to do with current reality than history. Notably absent from arguments of this sort is mention of the stultifying and often exploitative role of traditional leaders. A truly liberatory policy would be a mass award of surveyed land and the security of title deeds.

The idea that small is beautiful is not primarily one of decolonisation. And alarm bells ring with Mellet’s suggestion that participative democracy could be monitored by unpaid volunteers. Apart from the fact that volunteerism is at a premium in South Africa today, there is a suggestion here of vanguardism in the service of an imagined collectivist historic idyll. Liberation ideology in Mellet’s view was sidelined by liberal and social democracy, raising questions about the post-apartheid dividend. The black middle class is sweepingly dismissed as a creation of Western capitalism. The solution appears in Mellet’s view to lie in a ‘big idea’. The Constitution, now under severe attack, many would argue is South Africa’s big idea. But in the author’s opinion ‘Mayibuye iAfrika’ – Pan Africanism and an African Consciousness – hold the key. He might be in for a frustrating wait.

Unfortunately, this book has a number of production weaknesses that detract from the power of its messages. There is too much overlap and repetition that tests the reader’s patience (how many times do you need to be told that Orlam means ‘wise ones’?) and should have been edited out. And there is a surprising level of typographical error; plus the most puzzling of maps.