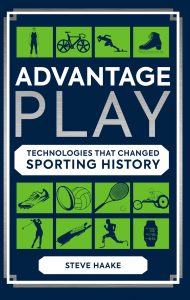 PHYSICS and materials science meet sport in a book written with a strong dose of personal experience, a great deal of enthusiasm and appropriate turns of phrase. Some of this derives from participation: the author has taken part in the Nemean Games in Greece and crewed a bobsleigh at St Moritz. Steve Haake, physicist and now leading sports engineer, points out that the involvement of scientists in sport is hardly new: Sir Isaac Newton wrote about the aerodynamics of the tennis ball. And sport in ancient Greece was big business for its time.

Haake bravely characterises sport as a ‘set of arbitrary wagers that have been codified’ as a result of an insatiable human competitive urge. The contests are often bizarre, some of them like the triple jump the result of historical misunderstanding, and materials are a defining variable. Ancient civilisations had stones, leather and metal; the Victorians rubber and pigs’ bladders; contemporary sportspeople carbon fibre and now, and yet to be fully developed, graphene. Haake names vulcanised rubber as the key material historically, making Charles Goodyear the most significant of sport’s technologists; although crude rubber had been used to make balls at Chitchén Itzá.

The most intriguing parts of this book involve retrospection: contemporary sportspeople kitted out like Jesse Owens at the Berlin Olympics, bobsleigh crews of the 1940s and an early 1960s speed skater. All these experiments led to underperformance. And technological advance can set the record straighter. When fully automated sprint timing was introduced in 1975, it was found that manual operation had been undertiming by up to 5%, requiring an adjustment to past performances.

Is sport now on a plateau and will world records prove more and more difficult to achieve? Advances in nutrition, coaching methods, levels of participation and technology suggest that this might be so. And random doping tests have reduced the incidence of cheating. But Haake considers mind over matter, the placebo effect and sleep analysis; the potential of stem cell therapy; challenges presented by new rules; and the entirely new sports that he envisages might be at his imaginary 3036 Sheffield Olympics. The power of sensors to provide masses of data, developments in which Haake has been involved, are another source of ongoing change together with the fact that sports careers, and lifetimes, will become longer.

For South African readers there is an interesting discussion on the Oscar Pistorius debate about whether or not artificial limbs can bestow advantage; and parkruns with mass participation providing physical and social activity. Haake reminds us that large numbers will also stimulate reactive individualism and describes a recent cycle race that featured penny-farthings.

His own research involved the dynamics of a golf ball on landing, for which he had to find the equipment that would capture and measure a fast moving small object. As background his book looks at nineteenth-century developments in multiple-exposure photography. Other research described in depth is sport wheelchair design.

Haake deals with sports primarily regarded as individual. Tennis balls and racquets, golf clubs and balls, cycles, swimsuits, and skates are all candidates for investigation in terms of the laws of physics. Football (all codes), cricket and hockey do not feature in this book. What it shows is that sport administrators and rule makers need to be abreast of technological innovation in terms of scientific understanding. Competitors have sometimes regarded developments as technical doping. But on their side now is the avalanche of data monitoring the performance of players and their equipment.

Much writing and broadcasting on sport is trivial and bland, although this does not prevent it contributing to myth and delusion. But as an important part of human existence it springs to life and proportion when considered in historical, political and sociological context. Steve Haake looks at another dimension, science and technology, and a fascinating and relevant tale unfolds.

Source: From the Thornveld.
Book review by Chris Merrett

The Terrorist Album: Apartheid’s Insurgents, Collaborators, and the Security Police