Copyright Amendment Bill has passed through the houses of Parliament 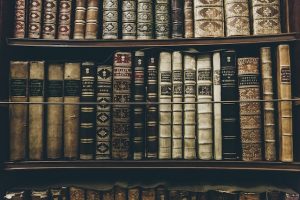 The flawed Copyright Amendment Bill has passed through both houses of Parliament and now lies for signature on the desk of the president.

ANFASA, always writing from the perspective of authors, has opposed it all the way down the line. Believing in the power of numbers, ANFASA has joined with others in the book publishing sector to point out, over and over again, how authors will be negatively affected by some of the provisions in the Bill, which contains broad and even sweeping exceptions to copyright.

How will authors be affected? There are several ways. One is that the school textbook you write, or the scholarly article, may be copied for free, and you will not receive payment. Another is that your work may be digitised, posted online or distributed without your permission. And others may copy it, and change it to make new works of their own. You started off as an author, but you ended as a mere content provider for someone else’s creative work.

But it goes much further than that. Looking at the cumulative effect of the Bill on writing and on publishing, one cannot help but fear that we are in for a lean time as far as creativity and the written word are concerned. When society turns its back on creators they have little incentive to continue. The decline of writing and of publishing (whether by commercial publishers or self-publishers) will mean fewer books.

There is a very vocal lobby promoting the provisions of the Bill on the grounds that they will propel South Africa into the digital twenty-first century. ANFASA believes that there are clues pointing to the financial interest of major tech companies such as Google in the outcome of this debate and that they may be playing an active role in guiding, and even financing, some who support the Bill.

Articles have appeared in the media relying on questionable and even false arguments, such as that the Copyright Amendment Bill will usher in a new era instead of ‘apartheid-era legislation which favours historical and international monopolies which have control of money and power’ and that the Bill has a ‘transformative vision for a more equal and just society’. Neither of these claims is true.

Some of the arguments in favour of the Bill’s provisions are patently ridiculous. Trying to persuade ANFASA not to oppose ‘fair use’, one person wrote: ‘Fair use contributes trillions of dollars to the US economy. Authors still write and publishers still publish in countries with fair use, so why would anyone want to reject something positive for South Africans.’ ANFASA did not, in fact, oppose fair use. What ANFASA has campaigned vigorously against is an ‘extended’ version of fair use, unbalanced in favour of users and unfair to creators by giving away their intellectual property to others.

The quote above, from an e-mail, is absolute nonsense, just one example of woolly thinking, but it is dangerous because it sounds good until you look at it more closely. ANFASA has repeatedly urged members to make up their own minds about copyright and access, but to do so on the basis of reliable information. ANFASA is trying to provide verifiable facts and expert opinions. Members are encouraged to weigh this up against rhetoric and sloganeering.

Meanwhile, we await the president’s decision to sign the Bill or to refer it back to Parliament. There is a very strong argument that the Bill conflicts with the Constitution in some respects. This is what will have a bearing on the president’s decision. And although it was the stated objective of the Department of Trade and Industry that the Bill would enable South Africa’s ratification of international treaties there is another strong argument that it is not in compliance with those treaties.

The Bill and the President more here