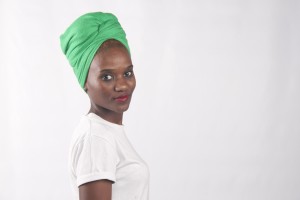 Belinda Kholeka Shange was born in Ulundi, Kwazulu Natal. She is a Wits University graduate with a Master’s degree in Film and Television Studies. She is the cofounder of Be Kind Speak Out, a Johannesburg based collective that uses photography and film to challenge heterosexism in society. She is a writer for the Mail & Guardian Women blog and she is pursuing her PhD in History of Art at the University of the Witwatersrand. Her AGSA project  focuses on photography’s role in capturing the histories of Zulu royal women in King Dinuzulu’s lineage. 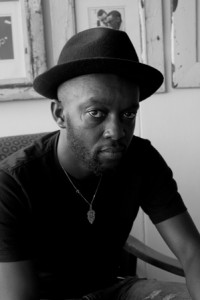 Percy Mabandu has been writing about jazz music, arts and the black experience for the last ten years. He has been named Gold Award Winner, Features Category at the Journalist of The Year Awards present by Business Arts South Africa.  Mabandu is a columnist, and art and features writer. He is a regular television and radio commentator on art and culture issues. He also serves as member of Friends of IFAS, The Consultative Committee of The French Institute of South Africa. His AGSA book project ‘Yakhal’Inkomo’: Portrait of a Jazz classic studies the life and impact of a historic jazz record and the saxophonist who blew it into existence. 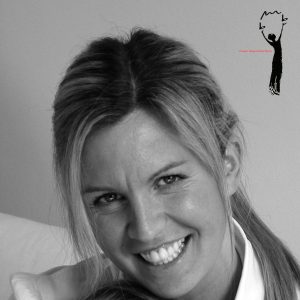 Dr. Janie Cole is a musicologist and oral historian with two specialty research areas in South African music, cultural and oral history related to music and human rights during the apartheid era and in Italian and French music, literature, opera and cultural history of the late Renaissance and early Baroque periods. She is the founder/executive director of Music Beyond Borders (MBB) (see www.musicbeyondborders.net) and is currently a Visiting Professor at the University of Cape Town’s Centre for African Studies and the South African College of Music where she lectures in historical musicology and ethnomusicology. She is writing a book about music as resistance in the apartheid prisons, including Robben Island (Soiled by Black Lips: Music, Resistance and Race Relations in the Apartheid Prisons), is head of research/executive producer for a documentary film in production by MBB/Afravision on the same topic, and in collaboration with University of Cape Town Libraries Special Collections, she is building a digital archive of oral testimonies and music from the apartheid prisons. 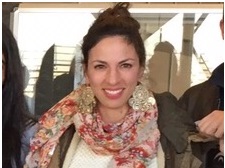 Rachel Carmen Ceasar is a postdoctoral research fellow in the School of Public Health at the University of the Witwatersrand. Her AGSA project is titled, “Soweto, Unearthed: Exhuming Apartheid-Era Disappearances in South Africa” and will examine the enduring presence of unmarked mass graves as material testament to the legacy of the apartheid era and the shortcomings of the TRC and democracy today. This is part of a larger research project of Rachel’s that follows excluded persons, bodies, and histories through the technical means of forensic science in post-Civil War Spain, and now in South Africa. “Soweto, Unearthed” is an intimate ethnography of conflict and social repair that deepens our understanding of the immediate social realities and the personal stakes involved in human rights work. 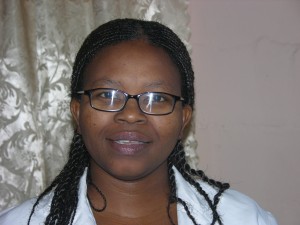 Zukiswa Pakama started writing radio serials for Umhlobo Wenene Fm in 2000 and has so far published 3 radio drama serials with the Station.  After finishing her diploma in Journalism in East London in  2005 , she went on to work in Cape Town at a film production company called Plexus where she worked as a trainee director, scriptwriter and voice over artist on their award winning documentary: Keiskamma , A story of Love and many others. She is currently working on her English/Xhosa book entitled: Home along the Keiskamma River. The book is her memoir about her sweet and bitter life of growing up in a rural village during the period of rough riots in the late 80s. She talks about the happy days, the unforgettable feasting during Christmas but she does not leave the stories of poverty and their fear of witchcraft and the segregation done by Apartheid regime which as children, they thought of it as normal. 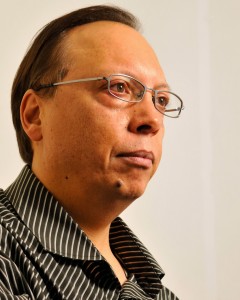 Tyrone August has worked as a journalist on various South African newspapers and magazines for the past three decades. Most recently, he has worked as Editor (2006-2009) and Deputy Editor (2003-2006) of the Cape Town daily newspaper, Cape Times. While working as a freelance journalist, he completed a PhD in the Department of English at the University of the Western Cape (2011-2014). He is a founding member of the South African National Editors’ Forum (1996 – ) and is currently a Judge on the Standard Bank Sikuvile Journalism Awards (2010-2012; 2014 – ). His project is a biographical study of the South African poet, teacher/academic and political activist Dennis Brutus (1924-2009). More specifically, it focuses on his life from his childhood until he went into exile on a one-way exit permit in 1966. This particular period is selected as the focus of this project because it is the most important stage in his education and his engagement in politics and literature. 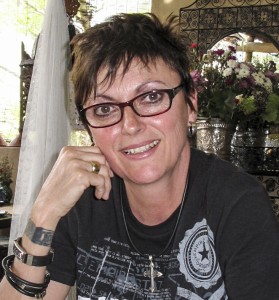 Celeste McKenzie is a passionate social documentary photographer and lecturer in photography and has done a few social documentary projects on poverty in Pretoria, South Africa. I have 28 year experience in the photography and communications sector. Her project titled: The Forgotten Khomani San will take the form of a social documentary photography project. There will be history of the Khomani San, interviews within the local communities and the role they play in restoring the older traditions.  The native language of the Khomani San has about died and most of them speak Afrikaans.  Only the very old in the community can speak in their native tongue. This project will take the audience on a journey through their eyes and what they do to keep the San alive. This will also include a complete video documentary on the project. 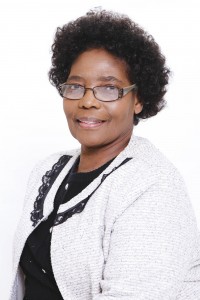 Kholeka V Sigenu was born at Tylden near Queenstown in 1948. She is a retired educationist who has worked as a language practitioner in a number of institutions namely  Queenstown department of education, Mount Arthur College of education, Acting principal, deputy principal and Head of department of Blikana Senior Secondary School. Kholeka is a managing director of “Khol Publishers cc”, her own self publishing house.  Her well known works of note are Ezakowethu and Ezakowethu Folktales from Home. Through Khol – Publishers she has also published Dr MMM Duka’s “CANON JAMES ARTHUR CALATA – A Biography”. She was awarded a grant by “CENTRE FOR THE BOOK” to publish her first books and is mentioned on their website as their first success. “WOMEN IN WRITING” awarded her “woman writer of the year 2004”. Currently she is working on another folk lore manuscript where she discusses and gives examples of different types of Folk tales like myths, Legends, etc. She received  an AGSA grant to write her own autobiography “ME, MYSELF, I” 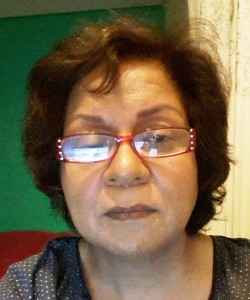 Haseenah Ebrahim completed her doctorate in Film/Media Studies at Northwestern University in Evanston, Illinois, before joining the Wits School of Arts at the University of the Witwatersrand (Wits) where she teaches film, media and cultural studies. Her research project, and the proposed book titled: Into the Woods- Cinematic side-streams and South African Film Culture, will shine the spotlight on three “small cinemas”, i.e.  The low-budget, straight-to-video (STV) film production and consumption of film culture sometimes referred to as Vendawood, Twalawood and Vollywood.  Targeting specific ethno-linguistic audiences in South Africa, they form a rich vein of cultural activity, but have received no scholarly attention because they occupy cultural spaces within non-formal/partly-formal/informal economies of film production, circulation and consumption.

Zandile Xulu is from the small town of Eshowe in KwaZulu-Natal, and wrote her first complete story at the age of fourteen. Since then, she has received her LLB from the University of KwaZulu-Natal, completed her articles, and previously worked as an Attorney and Legal Advisor for a Corporate. Her book, Fresh Meat Blues: The Graduate’s Guide to Surviving Your First Job, is a project born of experience, and is a realistic look at the preparedness of South African graduates to meet the challenges of new employment versus the realities, and how they can manoeuvre through the mire and come out winning in an environment that welcomes individuality, as long as you are all the same kind of individual. 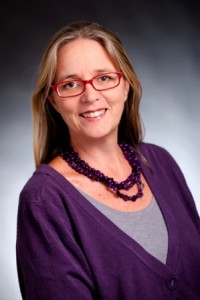 Dr Emma Durden is a specialist in the field of theatre for development, with a focus on using theatre and other participatory techniques for public health and pro-social programmes.  She is a consultant to a number of organisations, including NGOs, municipalities, universities and businesses. Emma is a research associate at the Centre for Communication and Media in Society (CCMS) at the University of KwaZulu-Natal, was the 2014 visiting scholar at Drama for Life at the University of Witwatersrand and is the academic advisor for the Department of Theatre Arts at the University of Zimbabwe.  She has published widely in the field of theatre for development and health communications, and in 2014 co-authored a book with Roel Twijnstra called “Theatre Directing in South Africa: Skills and Inspirations”. Her AGSA Book project is on ‘Theatre Directing in South Africa’; co-authored by herself and Roel Twijnstra it includes interviews with ten contemporary South African Theatre directors 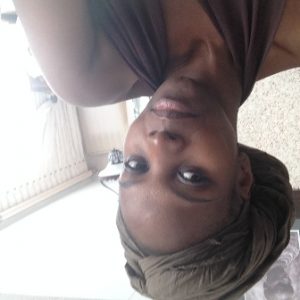 Jacqui Zimba‘s AGSA project:“I AM JACKEE ….THE AZANIAN PRINCESS” tells a story about her life. She was born in 1970 in Vryburg in North West Province and was her aunts little girl because her mum was busy with teaching and so on and she moved with her aunt, when still in nappies, to Alexandra.  She grew up as a tomboy, very dark and too skinny.  Other children mocked her for her surname.  She hated crèche so much, and thinks that this was where she developed her ability to fight back.  she was filled with resentment.  She grew up a rebel, and became determined to arrive at her own decisions.  School just made her tougher.  her uncle Benedict took her under his wing, and passed on his joy of language. Propagate Spontaneity, Hallucination Perpetual and Nincampoop.  School was relieved by the presence of one teacher, Tshana Os who cared for her in a way that she had never experienced. Home was Black Consciousness, and this tomboy that she started hanging out with the Ámazimzim, the intellectuals who knew everything better than anyone else, including politics.  She gets caught up in this circle, and this becomes her life, “I am politics, politics is me“. She hated being a girl, and wanted more than anything to be like her boys. Her world erupted into violence, and she felt proud to be part of it.  Even in the midst of constant battles she studied and wanted desperately to attend the Steve Biko University.  But, the next attack became a way of life, first short guns, and then bigger guns.  She couldn’t live without her weapons, and this was her life until 1994. It was then that the boys started noticing that she was a girl.  And she started to see that women in the movement can be proud of their femininity.  Everything started changing.  Squabbles started erupting in the movement, she moved north, and started disengaging and she became aware of the possibility of another life.