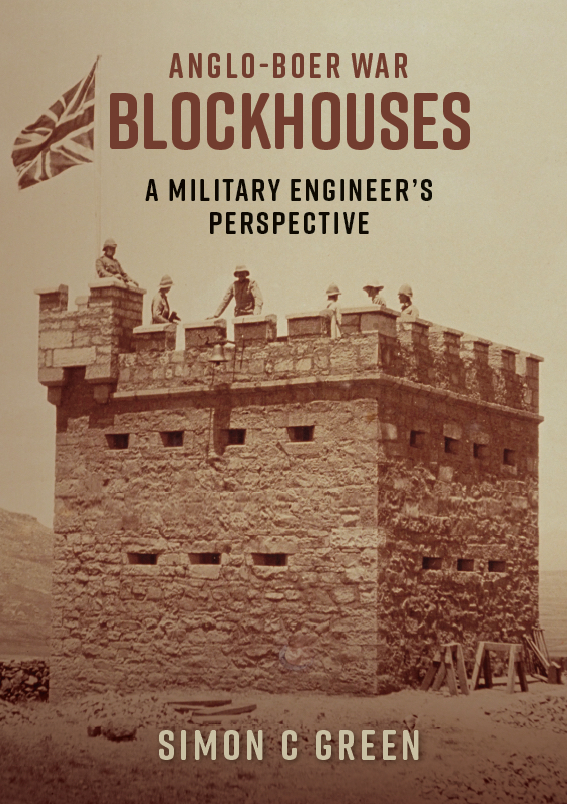 The Blockhouses of South Africa is a fresh analytical look at the how the construction of over 9,000 small fortifications during the Boer War sought to change its course. From tracing the British Army’s use of blockhouses prior to the war, to what conditions were like for the average “Tommy” fighting in these structures; it is a deep dive into topic, previously not undertaken.
The author examines all aspects of the South African blockhouses during the war; from their initial concept to protect key bridges and how this nascent doctrine morphed into mass-produced, low cost, pre-fabricated forts deployed in long lines across the veld. This evolution is illustrated with the detail of how they were built, occupied, and operated in a system designed to defeat the roving Boer Commandos.
The ‘blockhouse strategy’ used by Lord Kitchener during the Guerrilla Phase of the war is examined as part of the wider strategy used to bring the war to its conclusion. Through detailed analysis and the lens of military expert the author finally answers the question “Did the blockhouses win the war?” or were they merely the strategy of a “Blockhead?”.

Simon Green was born in Jersey and educated at Welbeck College. He holds a BSc (Hons) in Technology from The Open University and a Master’s Degree in Information Systems from Cranfield University. Commissioned at the Royal Military Academy Sandhurst in 1978 into the Royal Corps of Signals, he served for nearly 30 years in military appointments in Europe, Brunei, and South Africa. He worked extensively in major military headquarters, giving him a unique insight into the staff who fight wars at a strategic level. He was also involved in training staff officers in operational leadership and war-gaming to develop and hone their war-fighting tactics at lower levels of command. He retired from military service in 2006 and settled in South Africa to pursue his passion for military history and writing.